The Journal of Pediatric, Maternal & Family Health published the results of a case study on December 18, 2019 documenting the successful outcome following chiropractic care of a pregnant woman suffering with low back pain. Back pain in general is a very common ailment. In pregnancy, it is even more common . . .
Read More

On September 2, 2019, the journal the Annals of Vertebral Subluxation Research published a study that documented the case of a woman who had been suffering with chronic migraines and hypnic headaches being helped by chiropractic. . . .
Read More

The Annals of Vertebral Subluxation Research published a case study on September 16, 2019, documenting the case of a patient who was suffering with Meniere’s Disease and Trigeminal Neuralgia being helped by chiropractic. A similar case study published in the Journal of Upper Cervical Chiropractic Research . . .
Read More

The Journal of Upper Cervical Chiropractic Research published a case study on July 15, 2019, reporting on the care of an infant who was suffering from gastroesophageal reflux disease (GERD) with colic who was helped by chiropractic care. . . .
Read More

Select either gender icon to search using an anatomical model. 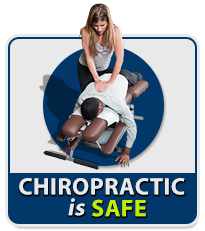